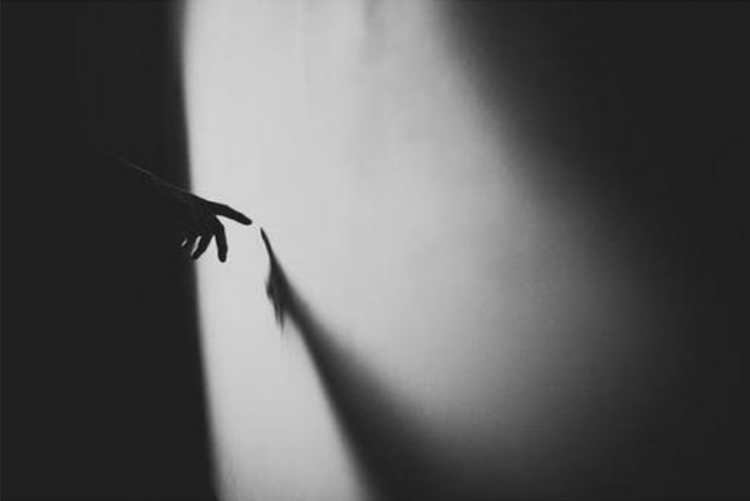 
It’s hard to describe the feeling of loosing a loved one.
It’s a feeling most of us will experience or may have already experienced, yet I imagine there’s no amount of intellectual preparation that can soothe the ache or still the mind, when it happens.

It just so happened I was half way through a book about grief when mum phoned to tell me dad was in hospital.
The author writes,
“despite our preparations, indeed, despite our age, (grief) dislodges things deep in us, sets off reactions that surprise us and may cut free memories and feelings that we had thought gone to ground long ago.
we might be in a submarine, silent on the ocean’s bed, aware of the depth charges, now near and now far, buffering us with recollections.”

That night he passed away I sat in the lounge, in the place he used to sit, and I suddenly realised that the entire room was a monument to him.
His CDs
His vinyl collection
His guitars
His record players
His speakers
His magazines
His cameras
His books
His favourite art
His photographs
His glasses
His bible…
I sat there for a long time, surrounded by him, in a warm and familiar embrace of everything that he was and loved.

He was the first intellectual I admired; he knew about science and poetry and politics and history and maths and music and British comedy.
He inspired me to always learn about a variety of things and never to be defined by one career or one interest.

He loved taking walks, holidaying in Paris or the English coast
and he was a very keen and talented photographer.
When I was rummaging through the house collecting pictures of him to display at the wake, I found a box of really old photo albums…

From his school days at lancing college
Uni nights in Southampton and Nottingham
Family get-togethers in London
Bank Holidays in Dorset and the Isle of Wight
Parties in Oxford
Snapshots of friends, siblings, gigs, kitchens, cars, rivers, cities, landscapes, cats…
His mum
and his wife.

I suddenly realised what a privilege it was to see the world through his eyes, to be able to appreciate the moments he’d chosen to capture and display so proudly.

I often felt like there was so much more being processed and admired in his head than he felt the need to express out loud.
I’d often catch him staring off into space, hypnotised in thought, perhaps re-living some of those moments.

The rush of adrenaline on stage in Southampton
The smell of the ocean in the Isle of Wight
The anticipation of listening to a new Beatles record
The sound of the chapel bells on his wedding day
The heat of the Turkish sun on holiday
The tender weight of his son as he held him for the first time.

In a lot of ways I feel like nobody knew him quite like I did.
I watched and looked up to him for twenty one years, as a son does when he lives at home, and then for another seven from London.
I saw the challenges that came from living with Type 1 Diabetes.
How fiercely it disrupts your life, how tediously it demands your attention and how serious and life-threatening it can be.

But I also saw progression, breakthroughs in research and developments in technology that allowed him to live a richer life.
He was always first in line to volunteer for a new trail or test out a new drug, and did so always with such optimism and enthusiasm.
He really believed in all the great work ‘Diabetes UK’ are doing.

I watched the battles he fought time and again with his mental health, but i’m thankful that during the last few years of his life it started to become a less stigmatised and more open conversation.

I also saw him laugh, a lot.
Tell silly jokes and stories about his childhood.
I saw him light up when he’d put on another pair of “jolly socks”.
I saw him lose at scrabble
I saw him lose at monopoly
I saw him captivated when he played piano and guitar and saxophone
I saw him write songs, and perform at birthdays and weddings and festivals
I saw him play in church every Sunday
I saw him play in 5 different services from Christmas eve to Christmas day – every year, and still make it home in time for Christmas dinner, presents and the Queen’s speech.
I watched him bring joy to all sorts of people with his music.

He taught me how to appreciate music, how to recognise a well recorded album, why the Beatles were better than the Rolling Stones, why Frank Zappa was a genius and misunderstood, why Mozart was so ahead of his time, why BB King was so expressive, why Joni Mitchell was such a good storyteller, why Jaco Pastorious was the king of bass, why Steely Dan had the best groove…
He taught me how a really great album can transport you out of this world and into another, carry you to somewhere transcendent, euphoric, mystical and infinite.
He took me there with him all the time.

His favourite group were called “The Band”, oddly he never really shared much of their music with me, perhaps he reserved their songs for himself to enjoy in solitude, at one with himself.

I played their self titled album for him as he passed away.
To carry him one last time to somewhere transcendent, euphoric, mystical and infinite.