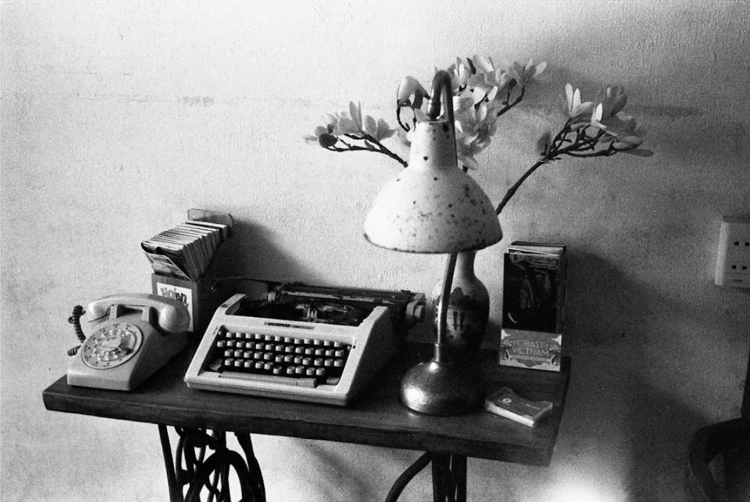 Industrializing any creative art form is a kind of contradiction in itself –
Business is about trends, numbers and developing a profit and
Art is about instinct, freedom and developing expression;
by nature, they have conflicting objectives.

For a lot of people music is an escape, an emotional validator, something personal, freeing, therapeutic and fulfilling – in this context, working in music every day can be extremely gratifying.
Yet at the same time, having to forcibly manufacture something (every day) that’s so closely linked to personal expression and identity can be challenging for your wellbeing, especially when it’s your primary source of income.

For a songwriter, it can be difficult to find the line that separates business from personal life.

Songwriting
A ‘songwriter’, in the context I’m referring to, is someone who writes songs for artists to exploit (sing, record, release etc).
As a songwriter, a typical workweek may be filled up with ‘writing sessions’ – where writers get together (sometimes with an artist, sometimes without) to write and record a song, often having never met beforehand.
The aim is to have written and recorded (some instrumentation and vocals) a song by the end of the day, but of course every session is different, sometimes you don’t manage to get a full song and sometimes you might get multiple songs etc.
The majority of working writers aren’t paid for their time and all their work is done speculatively – there’s no guarantee that the song will actually get released and therefore no guarantee the writer will make any money.

I suppose it can be quite an exciting ongoing challenge with the right mindset, and with such uncertainty it can feel especially rewarding when a song does finally get released – but it can also be pretty inconsistent and demoralizing.

Because of this kind of ‘luck of the draw’, a songwriter could very feasibly work for months and months and make absolutely no money.

Increasing the odds
Obviously, (in our current western system) everyone needs to make money in order to survive, and so naturally looks to find ways to increase their odds of getting a song away.

Broadly speaking…
Having an artist in the room can help, as you can tailor the song specifically for them and have them record it straight away.

Cultivating good relationships with record labels can help, as you can find out directly from the people in charge exactly what sort of songs they’re looking for.

But the main factor the industry seems to be concerned with is WHO is writing the song.
“How good are they?” Which really just means “what songs have they had out before and how successful were they?”
This is one of the first questions asked when setting up a writing session, and with good reason – (in theory) somebody who’s had some commercial success may have better relationships with the right people and projects.
They may also have more experience writing the ‘right song for the right artist’, which means (in theory) you may be more likely to get a song out and generate some income.

Value / Anxiety
Because of this mentality though, our value as ‘creatives’ is often reduced to numbers on a spreadsheet or credits on a Wikipedia page, as opposed to our actual creativity – and the more the industry reinforces it the more we begin to measure our own worth in the same way.
As a society we haven’t done much to distill the idea that personal worth = corporate success, and the music industry is especially proficient in promoting that ethos.

But it doesn’t define you.
Your identity isn’t defined by how many songs you’ve had released, or how many streams your last song had, those things are ultimately out of our control.
Placing our personal value in them just invites anxiety and insecurity, especially with the speed at which music is consumed in this current climate.

Songs come and go so fleetingly now that working your ass off to finally get one released can sometimes reap very little reward.
And even when you do get a song released that has some commercial success and sticks around for a while, if you don’t build on that momentum with more songs, you can be forgotten about in an instant – it never lets up.
It makes you feel like you always need to be working, writing more songs, no time to enjoy yourself, always on to the next thing, consistently releasing music – which is a difficult thing to manifest when you don’t have any control over it.

No wonder some of us are harboring anxiety, why wouldn’t we be when it’s our self worth and financial stability at stake?

And because the industy can be so uncommitted – like a moth tediously flying to and from whichever light happens to be shining the brightest at any given moment – it can make writers feel the need to be constantly modifying their writing approach to pander to whichever trend the industry happens to be championing – because they need to pay their bills.
And when all the significant exposure and esteem is confined to one stylistc trend (neglecting everything else) and every writer is narrowing their own creativity and individualism to “stay relevant”, eventually every song that gets released sounds the same.

This mentality also breeds a highly competitive environment where everybody’s working with the same people and competing for the next single or the most songs on the next album. In that atmosphere it’s easy to start criticizing other people’s work and career moves, taking behind backs, begrudging people that seem to be doing well – but all that does is perpetuate a toxic atmosphere and makes everyone even more insecure.
It’s hard enough as it is without everyone feeling like they need to project an aura of success all the time, just to keep up appearances.

Those days when you seem unable to force creativity and you feel like a fraud –
Nobody has the formula. We’re all just humans.
The industry that you work in doesn’t define you and your value as a human.

Those days when you feel arrogantly confident and appear to be in control over the outcome of your success in this industry –
Nobody has the formula.

Those days when it feels like everyone else has the formula but you –
You have a unique and genuine voice as a songwriter that only YOU can produce, don’t try and emulate anyone else.
Your love and passion for music is a product of your unique lifetime, nobody else has that perspective but you, use it!
You are unique so do what you do and stand by it.

Try and focus a little less on critical accolades that center around trends, categories, chart measurements etc
Try and focus a little more on personal goals, expressing and developing your genuine creative voice and cultivating an environment in which making music can fulfill you the way it did when you first fell in love with it.
It’s not easy to do that whilst trying to make a living with the industry the way it is, but the more we all work towards it the more fufilled and content we’ll all be, and the more the industry will have to adapt to us, the creatives, and not the other way around.

And if you ever feel like you’re the only one, here’s a small reminder that you’re not..