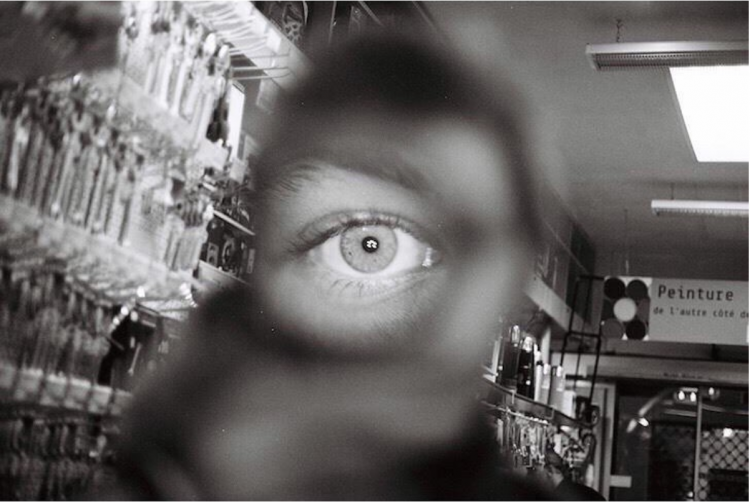 Humans need certainty to function
As humans we crave certainty, we require it to function.
I couldn’t walk down the street without exercising a degree of certainty that my feet will hold me up when I step out
or drive a car without assuming that turning the steering wheel to the left will turn the car left
or tell someone my name without trusting that I’ve remembered it correctly.
In order to function as a human at all, I need to be certain that my senses and memories are actually reliable in giving me a summary view of reality, and not just lying to me.

But the need for certainty regarding our higher beliefs and worldviews is a fairly modern compulsion.
Since the dawn of empirical science we’ve developed a need to be certain about everything, holding our worldviews so tightly that we often close ourselves off to any form of criticism or differing views.

Religious fundamentalism
Religious fundamentalism in particular operates in this way.
Within fundamentalist groups, doctrinal beliefs are considered to be inerrant (without error), acting almost like pillars that hold up the whole belief system. Any conflicting worldviews, opinions or discoveries (however rational) that could potentially weaken the pillars are blindly discredited and disregarded, because loosing one pillar means the whole thing comes crashing down.

This can breed a culture of anti-intellectualism and exercises a neurolgical phenomenon that scientists call ‘confirmation bias’ – when humans tend to only accept new information that reinforces what they already believe and how they already understand the world, rarely based on actual merit or credibility.
This is how social media algorithms like Facebook operate and make money. They’re designed to feed us things our brains find most gratifying – the things we already agree with.

These worldviews and doctrinal beliefs can be so tightly wrapped up in our identity that any kind of confrontation with a skeptic can feel like a personal attack; and nobody likes to have their identity challenged, so rational debate can quickly become red-faced arguing.

This is widely understood in neurology…

A bit about the brain
The Neocortex is the part of the brain involved in higher-order functions such as language, sensory perception, reasoning, compassion etc.
This is wrapped around a smaller, more ancient brain called the Limbic system, which is very primitive and primarily concerned with survival, at any cost.

Our brains developed in an environment where food was very scarce, where competition was fierce and no one could be trusted. So the most ancient parts, such as the Limbic system, sit very close to the spinal column, and get first dibs on everything that comes from our senses, only then do they get passed on to the Neocortex.

Whenever we feel under threat or attack the Neocortex shuts down and the Limbic system is left to decide what to do.
This is sometimes called ‘fight or flight mode’ when survival becomes the brain’s primary concern, by any means necessary.

People don’t learn anything while they are in this combative state. Once I start fighting about a topic, I’m essentially more concerned with protecting myself than having rational dialog.

Other forms of fundamentalism
This mentality isn’t just unique to religion of course.
I could be a fundamentalist secularist or liberal or nationalist or vegetarian or Beatles fan…
Competing claims about reality exist everywhere, and when we fundamentally disagree over the nature of truth itself… (be it the authority of a religious text
the empirical scientific method,
revelation of personal experience,
the wisdom of political leaders,
historical tradition etc)
… we can’t agree on a common set of facts to frame a rational discussion.

Any ideology, when professed as the only right one can be dangerous and regressive and as history has shown us, creates divide, starts wars, encourages tribalism, and oppression.

Social animals / social survival
We’re also social animals, and we crave social approval and security.
Just like other animals, we’ve figured out that we survive and function better in groups. We’re able to fend off predators, obtain food and build shelter more efficiently this way.

In my experience, belief systems can become more about survival and belonging than intrinsically finding truth. Our brains are inherently far more concerned with belonging than pursing truth (at the risk of loosing social security).
When we construct social communities and networks around belief systems, conflicting views can soon become a matter of survival rather than pursuit of truth.
Especially if you’re someone that’s built their entire life around that belief system – if that suddenly comes crashing down then all you’re left with is an inability to know who you are.

All my sensory information happens in my brain; sight, smell, touch, sound and taste. Reality is revealed to me through my brain, without it, reality wouldn’t exist to me at all. It’s my only source of perception.
I have no objective way to view reality.

There is no universal brain that we all navigate reality through; we all have our own unique individual brains, unique conscious experiences and therefore unique perspectives on reality.
Studies show that some of us see colours differently, that the color green, for example, might look completely different to somebody else than it does to me.
So who’s right? Which is the universally true colour green?

That’s not to say we shouldn’t trust in our experiences, they give our perception of reality credibility. But we have to approach human knowledge with incredible humility.

We’re all human, made from the same stuff, breathing the same air, all trying to do the best we can with what we’ve been given.
We all have that in common and that awareness is what will help bring us all together.

“To be wise is not to have wisdom, but to always be seeking it.”